Bokashi effective microorganisms and our happily ever after

After using and closely studying bokashi effective microorganisms, our entire team is impressed by these worship-worthy organisms. They do such an incredible and important job. If we’d only learn to let them do their thing, the world would be in balance again. As such, we devote the following (fictional) story to bokashi effective microorganisms, and may they save us from ourselves.

Bokashi effective microorganisms: Can we learn to let them be?

Over 4.5 billion years ago, in a galaxy not-so-far away, gasses and dust started to swirl in a majestic dance. This resulted in the formation of a new planet, which we now know as Earth - our home, home to everything we know. And, while it may seem like our species dominates the planet, we shouldn’t forget that there are other species that have been around WAY longer.

We are not talking about gharials nor the Gingko tree, no-no. Some of the “guys” that we refer to have been around for more than 3 billion years. What is more, hidden from our eyesight, they still rule this planet. We know these almighty creatures as microorganisms. And they are everywhere. Where there’s life, there are bokashi effective microorganisms. Heck, even where there is death, there are microorganisms, though mainly bad guys.

These microscopic creatures have roamed and ruled this planet for billions of years. Riding water drops, earthworms, dinosaurs, living in soil, and feeding plants. Moreover, their kind managed to live long enough to see 30 trillion cells come together to form a new form of life - humans. And, since there is the “good vs. bad” battle raging in the micro-world, the bokashi effective microorganisms have done a lot more than just watching those colonies of 30 trillion cells. In fact, these beneficial microbes enabled us to come this far in the first place. And they still support us every day.

There are over 39 trillion microbial cells that live in us and on us. Think of the human body as a tube. Its inner wall represents our digestive system, and its outer wall our skin. So, between the two walls are human cells and on the outer side of both walls are beneficial microorganisms. This is what we now know as a human microbiome. They are there to help us get the nutrients we need and to protect us from the bad guys (harmful microorganisms). 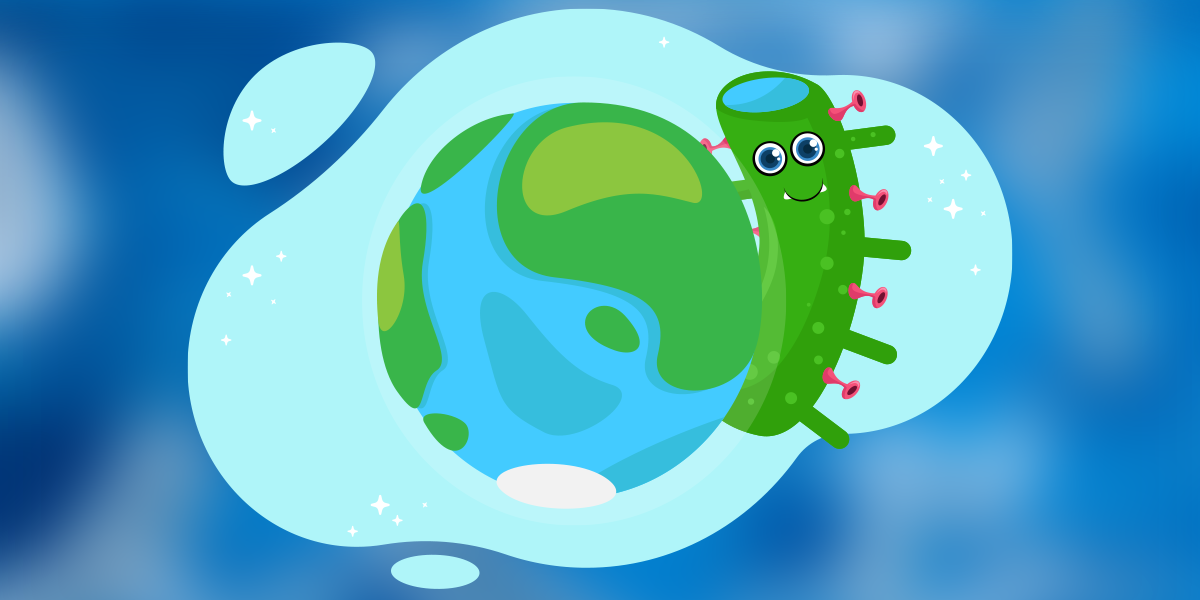 What these amazing creatures are doing for each and every one of us from the moment we are born, they do for other beings as well. We all depend on them. By being around for so long, they have their own intelligence. As such, they know exactly how to keep our soil fertile, plants healthy, and even waters clean.

However, as human beings evolved and started using chemicals on soil, on our skin, in our diet, we started to mass murder bokashi effective microorganisms. Of course, broad-spectrum antibiotics might have saved human lives, but they’ve caused mass extinctions without microbiomes. Chemical fertilizers might have offered an illusional quick fix, yet they also caused devastation for bokashi effective microorganisms in the soil all across the globe. The more shortcuts we took, the more all sorts of microbiomes suffered. And what’s worse, with the good guys wiped out, the bad guys started to populate once harmonious planes. Many effective microorganisms (EM) across the globe lost hope. They’ve started to fear that their hard work done over billions of years was for nothing.

However, luckily there were communities of extra brave EM who managed to populate the guts of a handful of scientists. From there, they sent signals to their brains, letting them know that things can’t go on like this forever. That something must be done. As such, those scientists started warning people about the devastation we are causing to ourselves and to our planet. Years passed, and most of these scientists were ignored and ridiculed. However, the EM persisted, and finally, other people started to take those scientists seriously. Moreover, many started to change their ways, focusing on environmentally-friendly habits, products, and lifestyles.

As such, hope returned to bokashi effective organisms again. Of course, they know there’s a lot that needs to be done, a lot of bad guys to defeat. However, their faith is strong. They focus on every smallest progress, which gives them the strength to carry on. And carry on they do! With a steady vision of a sustainable planet, where organic farming is called farming, where organic food is everyday food, where bio cleaning agents are regular cleaning agents, … they know they got this. They know that people will learn to listen to them, to finally let things be, to let nature show the way, and to let bokashi effective microorganisms make the world whole again.

What is EM technology

Difference between bokashi composting and vermicomposting

After reading the title of this article, you are probably ...
Start Reading