Today we want to share with you an inspiring “composting food scraps” story from the Czech Republic. After all, this is a nice example of how to close the #bokashiloop, which is an irreplaceable fourth stage of ensuring that by composting food scraps, they become new resources. This stage requires more people to join forces and create communities that ensure that organic waste is collected properly and then converted into precious compost. This is especially important in urban areas where dwellers usually don’t know about indoor composting options.

As such, companies like Kokoza are extremely important in helping inform the public and taking environmentally-friendly initiatives. Kokoza has been active since 2012, working hard to help people in urban areas of the Czech Republic by composting food scraps and growing their crops. Just like Skaza, they also believe that closing the food cycle is one of the keys to establishing a harmonic coexistence of humans and nature.

Moving forward, we’ll take a closer look at some inspiring numbers that people in Prague managed to achieve in a very short time. Moreover, we’ll also take a glance at the updated EU waste directive, which will hopefully result in more cities across Europe doing their best to close the food cycle. After all, sadly, this inspiring story from the Czech Republic is an exception and not a rule.

Currently, the majority of kitchen waste still ends up in landfills, where it rots and releases methane. The latter has 20 times more negative greenhouse effects than CO2. Hence, closing the #bokashiloop is also an important part of the solutions that can help mitigate the negative impacts of enhanced global warming.

If you’ve been around our blog, you know that we do the best we can to inform people about the importance of properly collecting, processing, and using organic waste. You probably also know that we produce durable bokashi composters that help people do that easily. After all, countless experimental data unanimously confirm that the bokashi composting method is the most environmentally friendly solution.

Luckily, it is also extremely user-friendly as it comes with no unpleasant smell and no pests. Plus, it is able to process an impressively wide range of organic waste, including most food scraps. Moreover, composting food scraps with the bokashi method also works nicely in combination with traditional composting. As such, the bokashi method can be used in rural and urban households alike. 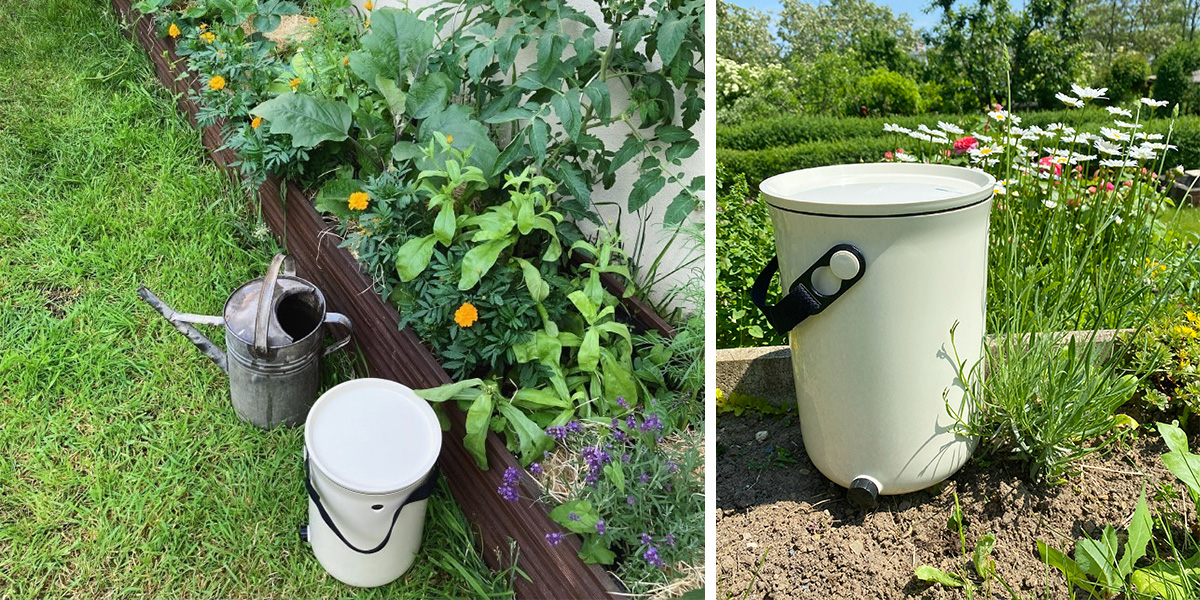 Kokoza’s initiatives are making a difference

As mentioned above, Kokoza leads various projects related to community composting. As such, they organized for community composters to be set in place in five different areas in Prague’s district 3 in September and October of 2020. The results were impressive - in the first three months alone, people collected more than two tons of organic waste, most of which was food scraps. Moreover, they’ve managed to get over 250 households to participate actively. Furthermore, due to the success of the project, they’ve added a community composter in another location in 2022. And, as the awareness regarding proper composting of food scraps and organic waste management increases, Kokoza expects more locations to be activated.

The revised EU Waste Framework Directive (WFD) defines the targets that will demand a lot of change. For instance, this framework defines the EU target to recycle 65 % of municipal waste by 2035. And since organic waste represents more than one-third of all municipal waste, cities will definitely need to follow the above-presented initiative.

Moreover, it’s also worth pointing out that food waste represents approximately 60 % of organic waste. Furthermore, the revised WFD also requires a separate collection of organic waste or recycling at the source by 2023. Hence, there’s not much more time left for municipalities to make some noticeable changes. However, luckily, indoor and community composting is becoming more and more common, and we can join forces to meet the required targets.

If there’s anything you should take away from this article, it is that we must ensure organic waste and by composting food scraps, they become new resources. Luckily, composting is a well-known process that does the trick. However, we must all do our part and thus ensure that we collect our food scraps properly. This is where quality indoor composters make a world of difference by using the bokashi composting method. The ability to start processing organic waste in the comfort of our kitchens is really extremely practical. So, let’s follow the example that our friends from the Czech Republic are setting and make urban composting the new norm. We got this!

Saint-Omer, France: where citizens connected and found the solution for waste

Lately, we've been writing a lot about the problem of ...
Start Reading