How long does it take to convert food into bokashi compost?

Something that we’ve already talked a lot about on our blog is that converting food leftovers into bokashi compost is more than just a practical way of getting rid of your bio-waste; it is also an excellent method of enriching your garden soil and therefore growing healthier and more abundant crops.

The fermentation process in your Bokashi Organko composter is typically done in two weeks, counting from the last added layer. In this time, the volume of the bio-waste decreases by up to 25% and turns into a highly beneficial bokashi pre-compost. You can either get rid of it by tossing it into a bio-waste bin, or, better yet, you can use it to its full potential by having it enrich your garden soil or even fertilize your balcony plants.

In the meantime, don’t forget to drain out the bokashi liquid. It would help if you drained it every two to three days in order to keep the fermentation mass dry; otherwise, it can start to rot, which is not at all what you want to achieve. 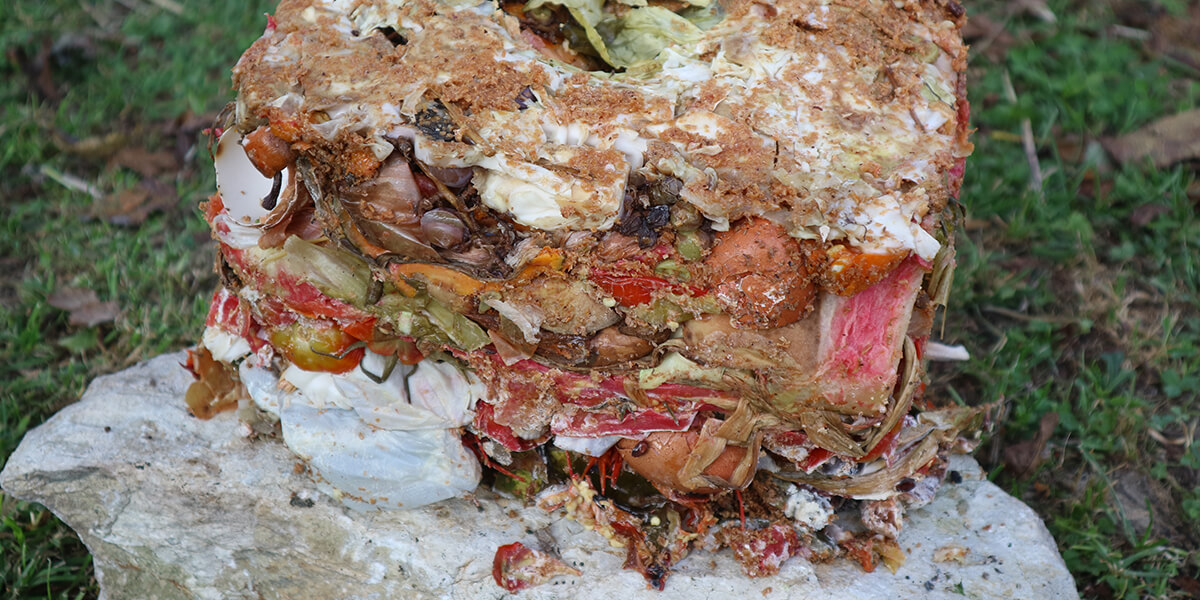 After two weeks of fermenting in Bokashi Organko, your bio-mass should be ready to mix with garden soil. When burying fermented mass in your garden, make sure that the soil completely covers it. You want to keep oxygen out of the decomposition process that will follow and prevent animals from digging it up, so try to bury it between 25 and 30 centimeters deep.

In the next two to three months, the fermented mass will completely dissolve into the soil and thus enrich it with first-class nutrients. You can see the steps of this progression in the infographic below.

Approximately eight weeks into the process, the bio-waste mass will be almost entirely absorbed by the garden soil, which you can then scatter across the other billets or add to the soil in your balcony pots. If you are in a hurry, you can use the bio-waste mass to plant crops after just two weeks, but don’t expect the leftovers to be completely decomposed in such a short time. Within the first month, you can still recognize some of the leftovers; after that, only smaller bones or eggshells might still be apparent. It should also be noted that the process is much faster in the warmer months. Winter is the time of nature’s rest and low temperatures make decomposing a lot slower.

Moreover, what makes bokashi compost so beneficial are its minimal losses of all main elements that build organic compounds, including carbon, oxygen, hydrogen and nitrogen.

Let’s take nitrogen and carbon, for example. They can both be great for forming amino acids which are proven to have very beneficial effects on the growth and yield of crops. However, with classic composting, most of the nitrogen gets lost through evaporation into the atmosphere in the form of ammonia (NH3), while carbon evaporates in the form of carbon dioxide (CO2). In more significant amounts, these gases can both be harmful to the environment and humans. As we know, ammonia has a very unpleasant smell and can, in great amounts, even be toxic. And carbon dioxide increases the concentration of greenhouse gases in the atmosphere and accelerates global warming.

Other benefits of bokashi compost

There are other benefits of bokashi compost that all gardeners should know about. One of them is its remarkable ability to inhibit the formation of certain plant diseases. Furthermore, the number of worms in the soil enriched with bokashi compost is very likely to increase, making it less compact and upsurging the amount of air. These conditions are all proven to have a positive effect on the growth of plants.

At Skaza, we believe that handing organic matter back to the soil is one of the essential keys to a sustainable future in terms of healthy food availability and the capacity to reverse climate change.

Every citizen can contribute by broadening their impact within their community, either in a residential neighborhood, a municipality or an office building. Thanks to the low-tech principle of bokashi composting, little effort is required to make a behavior change.

7 ways of how to use bokashi compost fermented mass

Advantages of composting with Bokashi Organko

How to make excellent compost?

What kind of compost do you use for your garden beds? You ...
Start Reading