Should you talk to your plants?

You probably heard a rumor that talking to the flowers will make them grow better. But is this just some kind of "garden legend" or is there any truth behind it? Should you talk to your plants or will this just make you look crazy?

Our researchers at Skaza looked at numerous experiments that have been carried out throughout the world and even conducted their own. All the results point to a very straightforward answer: not only should you talk to your plants, you also should be very nice to them.

One of the most resounding researches was carried out by Ikea. As part of their project to raise awareness about (verbal) violence, they placed two plants in a completely identical environment and exposed them to a string of positive and negative words, respectively. After a month, the plant exposed to the insults and negative thoughts showed obvious signs of wilting, while the other one, exposed to compliments, began to bloom.

Another research that answers the question of why should you talk to your plants was conducted by the YouHadMeAtGardening project. They took three pots of seeds, exposed one pot to the inspiring "I have a dream" speech by Martin Luther King, the other one to an aggressive Adolf Hitler's speech, and used the third one as a control item. After 15 days, the difference between the control and King's pot was not that obvious, but worse results appeared in "Hitler's" crucible.

The interesting thing is that living plants are not the only ones who respond to words of different connotations. In Dr. Emoto's Rice Experiment which also incorporated scientific methodology, researchers observed three full rice bowls under the same conditions. After 30 days, rice in the first bowl, which was exposed to positive words ("thank you"), retained a pleasant aroma, while rice in the second bowl turned black after being called "idiot" every day. Rice in the third bowl, which has been ignored for a whole month, started to rot. 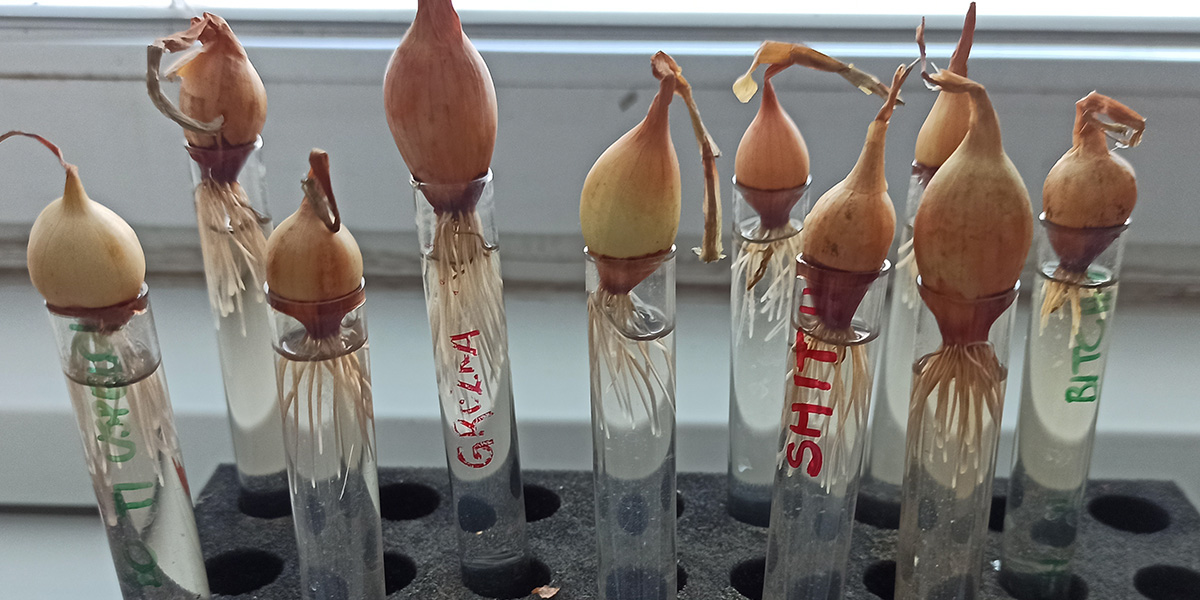 Still not sure why should you talk to your plants?

As you can see, there have been many attempts to prove the impact of negative or positive words on our environment. Studies are still being conducted and are becoming more and more reliable since the results are getting better documented. That is why we have decided to carry out our own experiment and try to answer the question of why should you talk to your plants.

We placed 10 onion bulbs into test tubes with equal biological conditions. We wrote words with positive connotations on five tubes and negative words on the other five. After four days, the bulbs in the test tubes with positive words grew longer rhizomes, while bulbs in tubes with negative words had more stem shoots which were also longer. Later we moved one group of bulbs to the other side of the laboratory and also started talking to them. The "positive" group of onion bulbs continued to grow longer rhizomes, while the "negative" group prevailed in stem length. 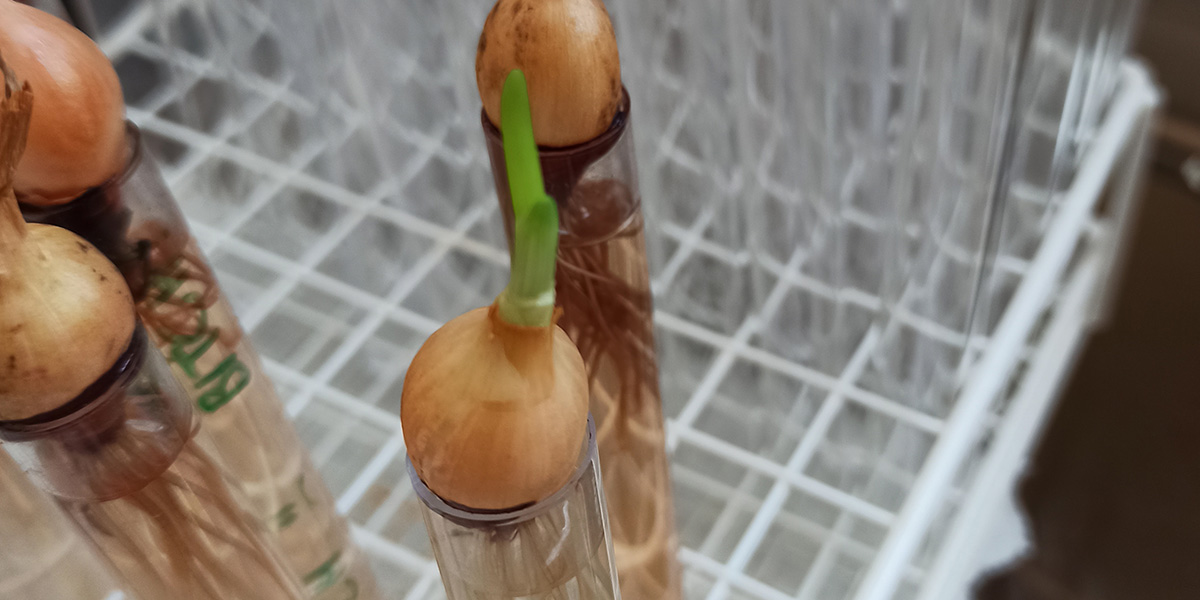 While the results show the positive effects of "nice" words on the growth of rhizomes, we realize the experiment should be repeated with a greater number of bulbs. Moreover, the plants should be exposed to positive or negative worlds throughout the experiment, whereas we only started talking to them after 11 days. We also allow the possibility that both groups of bulbs didn't have the same conditions as they were placed on different sides of our laboratory.

All these concerns will definitely be taken into account when we reprise the experiment later this year. Don't worry, you will be notified of the results on our blog.

Bokashi liquid overview and storage of this amazing juice

How to turn bokashi into soil?

In today's post, we will explain how to turn bokashi into ...
Start Reading