Before we take today's discussion any further, we'd like to point out that this article builds on top of our "Organisms involved in composting" article. As such, we recommend you cover it before diving any deeper into level 1 of composting organisms. That way, you will have a big clear picture of the subject at hand. With that out of the way, let's take a closer look at level 1 composting organisms.

There are many ways to divide and name organisms involved in composting. However, in line with our main source, we consider all level 1 decomposers to be microorganisms. This group of decomposers is the most numerous. Of course, this is mainly thanks to their micro size. Moreover, these composting organisms are the ones that directly feed on organic material on a microscopic level. Furthermore, there are many factors affecting the composting process that determine the exact number and type of microorganisms in each compost. Climate, temperature, moisture, oxygen concentration, pH levels, and types of material that are being composted all play a significant role. As we move on, we will take a closer look at the most common types of microorganisms, level 1 decomposers, if you will. 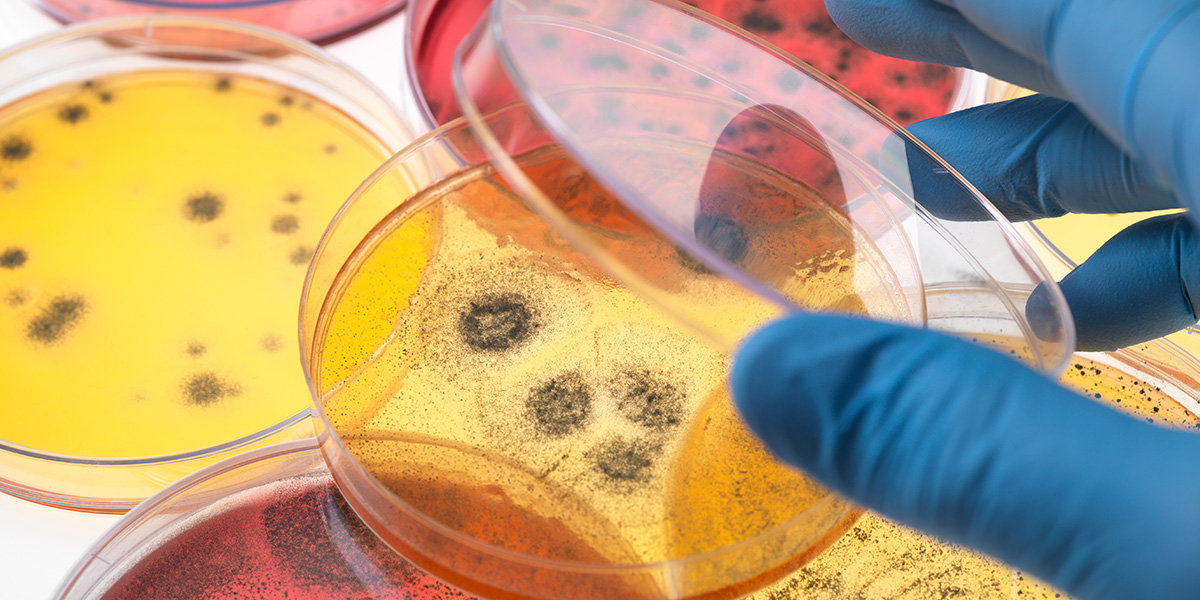 If we were able to see bacteria, we'd be shocked to see that they are all around us and even inside us. Aside from canned goods and sterilized operating rooms and laboratories, bacteria can be found in every part of this world. And despite the common misconception that bacteria is something bad, that couldn't be further from the truth. Since bacteria are present in all-natural processes, they are essential for life (life-inducing bacteria) on this beautiful planet of ours. Moreover, among all composting organisms, bacteria come in the greatest numbers.

What are bacteria? They are unicellular organisms without a cellular nucleus. Their sizes range from 0.5 to 5 micrometers, thus they are invisible to human eyes. Furthermore, they come in three types of shapes. First, bacteria that have a spherical, oval, or generally round shape are known as cocci (singular coccus). Second, there are rod-shaped bacteria, which go by the name Bacillus (Latin "stick"). Finally, we have spiral-shaped bacteria that go by the name of Helicobacter pylori. The latter is also the rarest, thus the majority of bacteria are cocci and Bacillus.

Moreover, bacteria reproduce by cell division, which means that one cell splits into two. Further, each of those two cells split into two new cells, and so on. This process can be incredibly fast; some laboratory experiments measured 5 billion new bacteria being produced from a single bacterium in as little as 12 hours. Of course, conditions in real life are never perfect; however, their reproduction speed can still be impressive. As such, a single gram of average compost contains anywhere from 100,000 to 1 billion bacteria.

Furthermore, bacteria thrive in moist environments. They use water as a medium that enables them to move around, absorb nutrients, and also dispose of waste materials. In case conditions are not suitable, these composting organisms become dormant and wait for a more favorable environment. In addition, bacteria excrete biofilm, a sort of bacteria mucus, which enables them to move with ease, helps them retain moisture, and serves as a "bubble" inside which bacteria form colonies.

The exact type of material that bacteria feed on varies on the type of environment. However, they tend to be best at processing fresh green plant-based material that contains a lot of water, nitrogen compounds, and simple sugars. 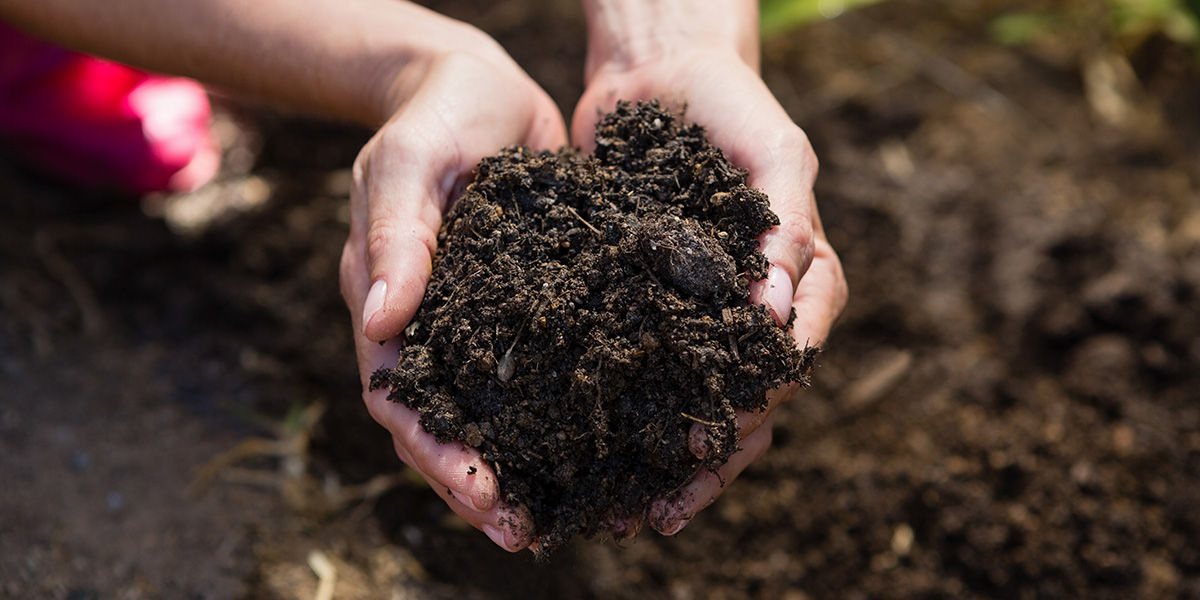 Not all bacteria are good; as such, we must ensure that our garden and field soil contains life-inducing bacteria predominantly. The thing about bacteria is that if good guys dominate the area, they prevent the bad guys (pathogens) from appearing. Thus, when our plants are covered with positive bacteria, the latter protects the plants from pathogens.

Technically, actinomycetes (also known as Streptomyces) is a particular type of bacteria; however, unlike most other bacteria, they can decompose cellulose. The latter represents about 50% of all plants' mass, which means actinomycetes are very important. They get the job done with their "focused" cellulose enzyme release. Moreover, Streptomyces are the bacteria that give soil and compost that typical forestry smell by releasing geosmin. Every experienced gardener will recognize this smell as an indicator of fertile soil. Moreover, there can be 100,000 to 100 million actinomycetes in one gram of compost.

This type of level 1 decomposers was considered bacteria for a long time; however, we now know that they are different unicellular microorganisms. They have a lot in common with bacteria - the same size, they move in the same manner, reproduce similarly, and come in the same three shapes (plus a square one). Though, there are differences in their cellular walls and genetic material. Archaea are much tougher and can survive in tougher environments. For one, they can even survive without oxygen. With that in mind, it is not surprising that they lie in lower layers of soil than bacteria. As far as composting goes, Archaea are very important for nitrogen circulation - they convert ammonia into nitrate ions and thus enable plants to access nitrogen. 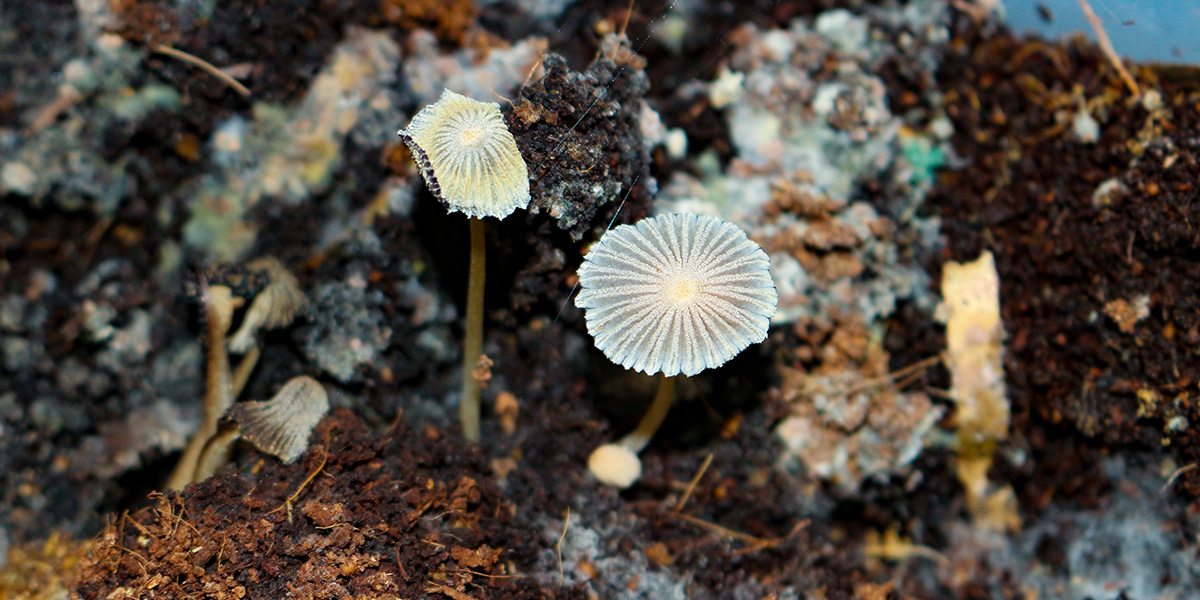 Fungi are another common decomposer. The entire kingdom of fungi is still highly unknown - there are currently about 150,000 fungi species well-discovered; however, scientists predict that there are around 12 million fungi species in total. This special kind of microorganism is more similar to animals than plants in many ways. For one, they consume oxygen and release carbon dioxide.

Three main categories of fungi are parasitic fungi, saprophytic fungi, and symbiotic fungi. Among the three fungi categories, the saprophytic fungi are the ones most common in composting. They feed on complex sugars, complex carbohydrates, complex proteins, hormones, phenols, tannins, and humic acids. Furthermore, they are able to decompose multiple kinds of material simultaneously thanks to their spread structure (hyphy). Moreover, just like bacteria, they use osmosis to absorb nutrients through their cellular walls. In addition, there can be from 10,000 to 1 million fungi cells in a single gram of compost. Also, note that fungi tend to be present in later phases of composting.

In the sections above, we've covered quite some ground. By now, you should know the basics of all main composting organisms of level 1. You've also learned that level 1 decomposers' main representatives are bacteria. However, actinomycetes, archaea, and fungi all also play a very important part in decomposition and thus composting. Of course, there are a lot more details we could cover about each of the microorganisms, but for the purpose of someone interested in composting, you should be properly covered. Furthermore, we might be taking a closer look at level 2 and level 3 decomposers in the future, so stay tuned. Meanwhile, make sure to implement indoor composting during the winter months with the best urban composters.

Unless you've been living under a rock, you've heard about ...
Start Reading