We’d like to point out that in order to get the most out of this article, we recommend starting with the “Organisms involved in composting” article. Moreover, we also encourage you to take a closer look at level 1 decomposers. By doing so, you will have a clear big “composting organisms” picture. Hence, you will also find more value in the upcoming sections. So, are you ready to take a closer look at level 2 composting organisms?

Now that you have a clear picture of what organisms are involved in the decomposition of organic matter, you are ready to get better acquainted with level 2 decomposers.

Level 2 decomposers are small (in some cases still invisible to the naked eye) creatures. The main representatives of these composting organisms are different kinds of Protozoa, Nematodes, mites, and springtails (Collembola). Moreover, just like level 1 decomposers, level 2 decomposers also feast on decomposing material. Of course, they devour larger chunks and thus do not convert the material into the same nutrients as beneficial or effective microorganisms (EM) do. Furthermore, aside from eating decomposing matter, they also snack on EM and bad microorganisms. 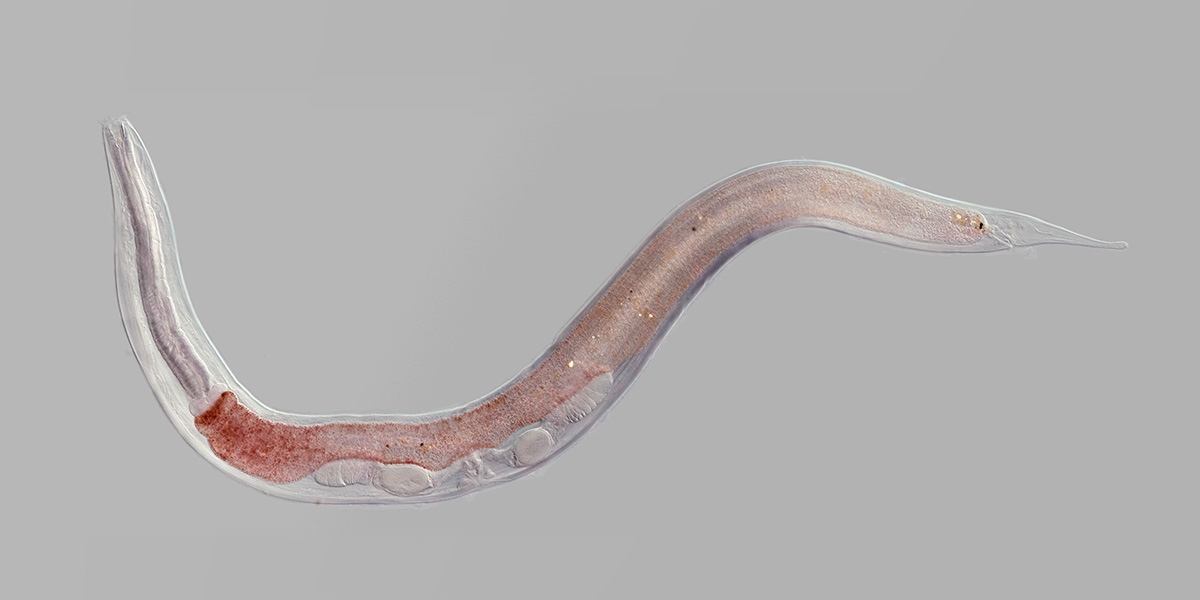 Protozoa is a scientific term for single-celled microscopic organisms (eukaryotes). Protozoa come in various shapes and can live individually or in the form of colonies. Moreover, water is key to their survival. However, they need very small quantities of H2O, which is why they can survive in capillary compartments of composting material.

Protozoa are further divided according to their movement organelles. As such, we talk about choanoflagellates, rhizopods, ciliates, and sporozoans. Where the latter actually has no movement organelles. Moreover, protozoa can be attached to the surface or be moving around using cilium, flagellum, or pseudopodia. Some protozoa are symbiotic and can live off other animals. A common example of this symbiosis are protozoa in the gastrointestinal tract of ruminants. There, they help digest cellulose. Furthermore, protozoa can be parasites, predators, or free-living.

When it comes to composting piles, free-living and predator protozoa are most common. Moreover, amoeba and paramecium are the two most common representatives of level 2 decomposers in compost. As such, there can be up to 50,000 protozoa in 1 g of compost. Furthermore, since they are predators of bacteria, their excretions already offer certain nutrients available to plants.

Nematodes are a broad group or branch of animals that include over 28,000 worm-like shaped types of creatures. Moreover, nematodes are known as one of the most important groups of parasites. However, less than half of nematode types are free-living (beneficial). And it is these types of nematodes that play a very important role in traditional composting and soil life in general. Beneficial nematodes eat bacteria and fungi. As such, they make various beneficial substances, including minerals, accessible to plants.

Moving forward, let’s look at the nematodes’ sizes. Their length can be anywhere between 0.1 and 2.5 mm. While their width is between 5 and 100 micrometers. With that in mind, it is logical that their numbers are much fewer than those of protozoa. Hence, there are typically around 60 individual nematodes in 1 g of compost.

Since protozoa aren’t technically animals, mites and springtails get the title of being the most numerous animals among all composting organisms. As such, it may not come as a surprise that in a pile of leaves and smaller wooden bits, mites and springtails recycle about 30% of the organic material. Moreover, there can be as many as 500 mites in 100 g of soil.

Just like nematodes, mites come in many different sizes. They can range between 0.2 to 1 mm. Furthermore, they mainly feast on fungi, bacteria, organic material, and other animals’ feces. However, mites also attack nematodes and springtails.

On the other hand, springtails are insects that range from 0.2 to 2 mm. Just like mites, they mainly feast on bacteria, fungi, and organic material. They too can hunt nematodes; however, they are often the main source of food for mites. As such, they play a very important role in balancing the ecosystem of decomposing material.

The key point of today’s article is that all levels of composting organisms play a very important role in the entire cycle of organic material. Moreover, when it comes to level 2 decomposers, they are especially important in traditional composting and vermicomposting. However, if you focus on Bokashi composting (fermentation) and then simply dig bokashi cake in the ground, you do not need to think much about the level 2 decomposers. They will do their thing naturally. As such, using a proper indoor composter, such as Bokashi Organko, offers a great solution. Aside from offering a practical and clean way of handling organic waste, it also enables you to worry less about organic materials’ decomposition details. Furthermore, if you want to make indoor composting even more practical, take a closer look at Organko Daily - the ultimate kitchen food waste bin.

How much organic waste do we produce in a year?

Did you ever wonder how much organic waste do we produce in ...
Start Reading